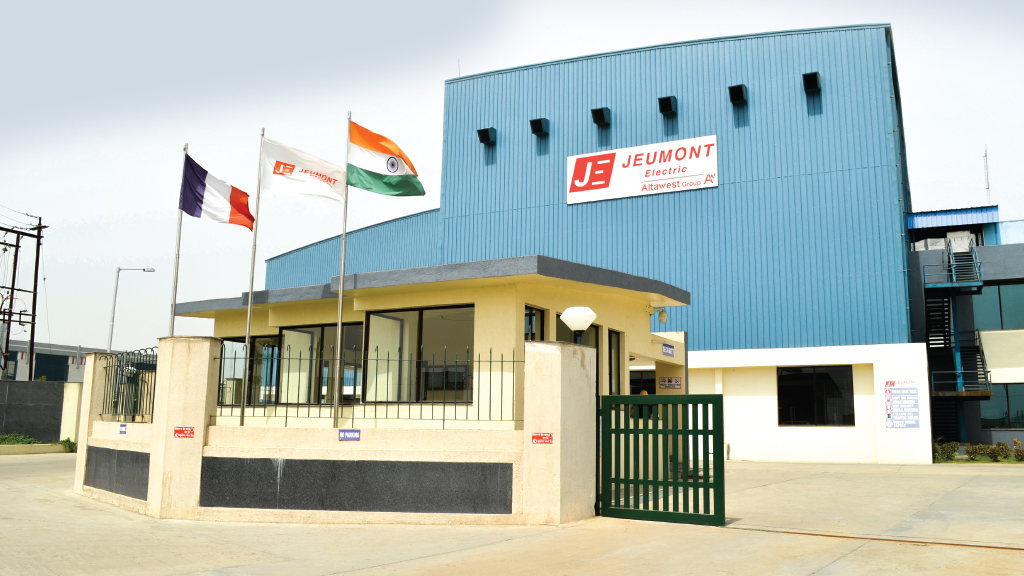 Ancillary factory building adjacent to the manufacturing facility of Jeumont Electric Pvt. Ltd. situated in Vadodara. The building consisted of G+1 floor with total area of 3,340 Sq. Mtr. This project was completed in 2012.

The building was supposed to be used in multiple ways. Hence, there was a specific requirement of larger span and clear height for better usability.

Initially the project was thought to be carried out in RCC and hence it was explored accordingly. But depth requirement came out to be quite more in RCC, which was obstructing their headroom space. So in order to optimize the headroom space, Unbonded Post-tensioning was employed.

Single span beams were used and the main requirement was to reduce their beam depth.

The 150 mm thick P-T slab rests on 16 equidistant, single span P-T beams each of 20m, spread throughout the P-T slab at 6m parallel to each other.