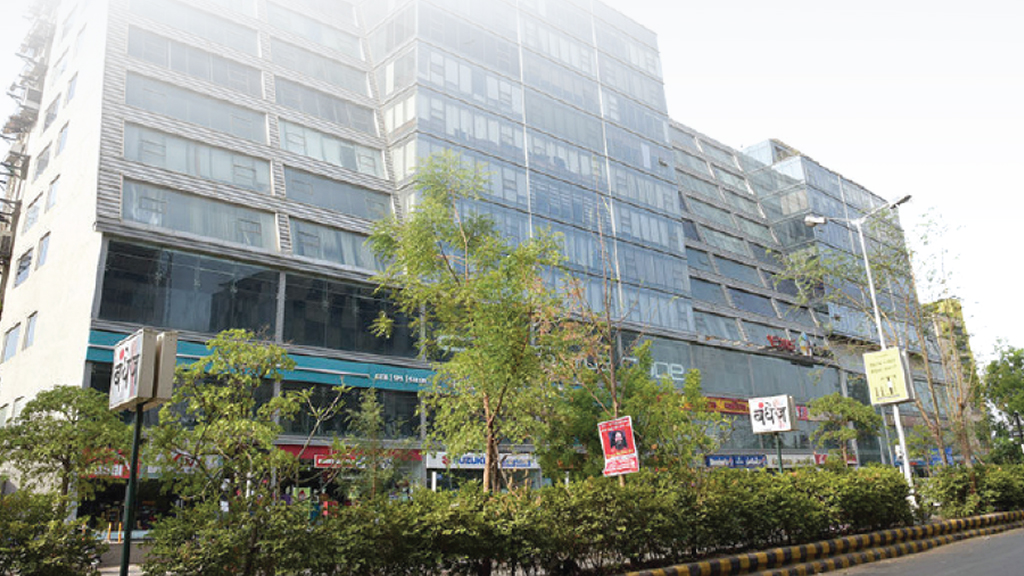 Venus Atlantis is a commercial building located in Ahemdabad. It was constructed with RCC flat slab geometry and completed in year 2010.

During its construction, excessive deflection (sagging) was observed in the slabs of two floors. Reducing and controlling further deflection was important.

To reduce further deflection in long-term and bringing it within permissible limits, PTSI conducted retrofitting by providing wide-shallow beams underneath the existing sagging slab and EPT (External Post-Tensioning) technique. Self-compacting concrete was applied to ensure proper pouring, compaction and required performance of concrete. Nine shallow depth beams of 13 mtr. were constructed which had depth below the existing slab.

Tendons were laid below existing concrete floors. Staggered cores of alternate diameter 3 inches and 1.25 inches were drilled through existing concrete slab along the P-T beams in order to integrate the concrete by establishing a bond between old concrete of slab and new concrete of beam. The tendons then run underneath the deflected slab and steel studs were placed between old and new concrete at required locations. When tendons were stressed, a vertical upward force to the bottom of the existing floor was generated.

This allowed application of pre-stressing system externally at the large unsupported portion of the floor and helped in strengthening and eliminating further deflection in long term.