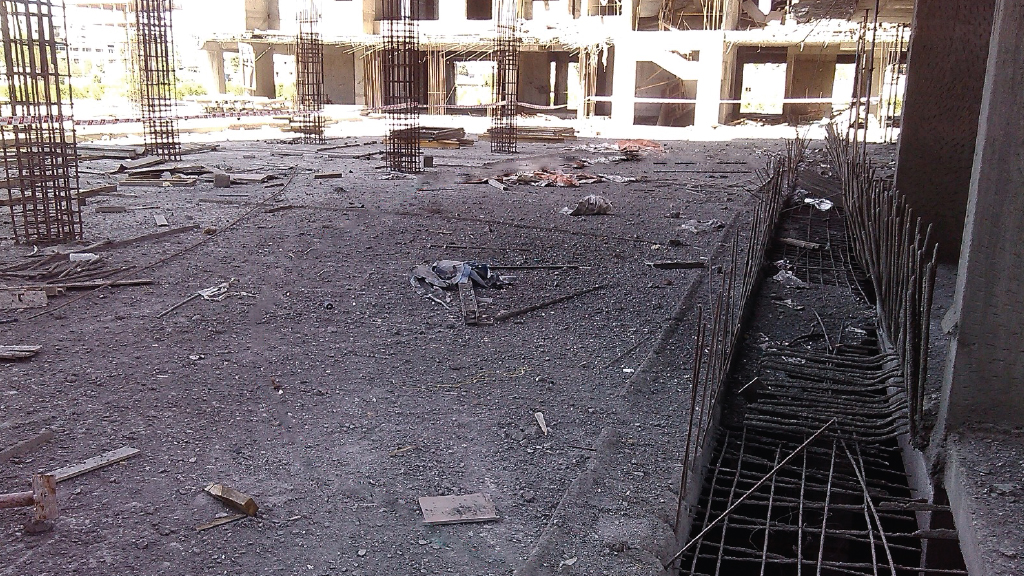 There are tower and non-tower portions. It comprises of 3 tower buildings each consisting of 17 floors above non-tower portion. The parking floor i.e. ground floor is made in common for all three towers by introducing a podium slab connecting all the towers, the space under which is utilized as parking.

The podium slab was provided as PT slab only where there were larger spans. Post tensioned portion of the podium slab was in form of a flat slab with drop caps. After several weeks of construction of podium slab, a severe deformation was observed in terms of excessive deflection. An immediate solution was needed.

It was observed in the primary investigation that the portion was having large span which was not yet connected to its supporting elements through pour strip. The back propping elements provided below the portion of the floor were insufficient. Actually it was provided sufficiently during the initial days after casting to stressing but after that some props were removed to use them at other places without taking consent of supervisors and site engineers as a result excess deflection was formed.

The affected area was cut and the cables were extended with the use of coupler.

This is one of the key benefits of Monostrand Unbonded Post-Tensioning System wherein we can cut and the extend every single cable in the slab.